We appreciate your valued support and interest. Additional information can be found on Sevenfifty at www.sevenfifty.com/wine4theworld. If you are seeking specific information not contained here, please email us at sales@wine4theworld.com .

Wine for the World collaborative wines highlight talent and exchange across the wine world. We connect top winemakers from emerging wine markets with established winemakers from the US and facilitate the production of these unique wines. The aim is to make the wine world smaller, highlight exchange, and inspire wine lovers to discover something new. The wines are certified environmentally sustainable and socially responsible.

This is the first release from Helen Keplinger, Napa Valley winemaker, and Ntsiki Biyela, South African winemaker. Helen Keplinger is the proprietor of Keplinger Wines, winemaker of Grace Family Vineyards, Carte Blanche, and formerly Bryant Family. She was named one of Food & Wine Magazine's 2012 Winemakers of the Year.  Ntsiki Biyela is the winemaker of Stellekaya Winery. She was named South Africa's Woman Winemaker of the Year in 2009, and her first red blend took home a gold medal in the country's prestigious Michelangelo awards. A recognized role model in South Africa, Ntsiki sits on the board Pinotage Youth Development Academy. 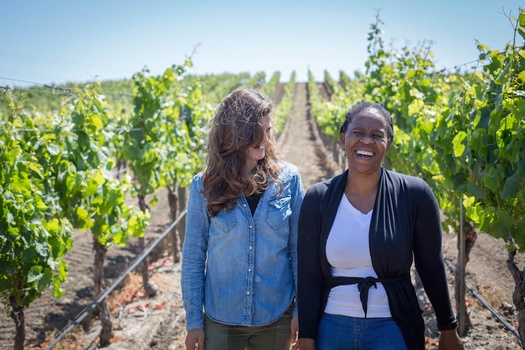 With one of the leading vine nurseries on the African continent, the Bosman Family grafts over 350 different combinations of vine and rootstock. They have access to over 47 different grape varieties in their vine garden – a privilege enjoyed by only a few wineries in the world. In addition to supporting projects like day care centers, scholarships, and retirement facilities for workers, the winery is certified sustainable, a leading biodiversity conservation member, and also uses solar panels. 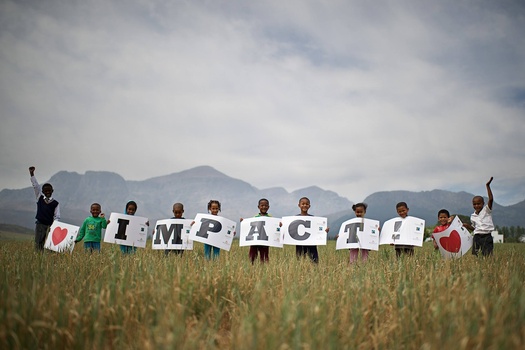 This is an 8th generation family story of vine to wine devoted to responsible, artisanal winemaking. Since 1707, the Bosman Family has been practicing a deep commitment to people and nature. In 2008, the family initiated the largest land reform transaction to date in South African wine history, providing 260 full time employees with a 26% share of the business as well as its 430 hectares of prime vineyard land.  In 2009, Bosman received official Fair Trade accreditation and were recognized as the 2015 winner of the International Wine Challenge Fairtrade Trophy.  In 2016, Drinks Business named them the Ethical Company of the Year.

The winery is known particularly for their special vineyard selections, masterful blending, old vine Chenin Blancs, and Pinotage.  The wines are skillfully made in their 260 year old cellar. 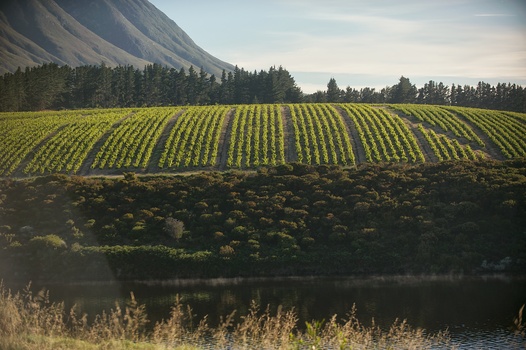 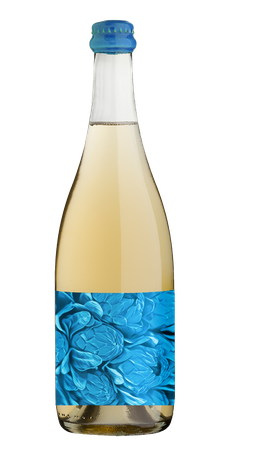 Aslina is a wine company owned by Ntsiki Biyela, the first black woman winemaker in South Africa. Aslina is the name of her late grandmother who was and is her inspiration. Ntsiki Biyela grew up under her grandmother’s guidance and care.

After 13 years of being a winemaker and ambassador of Stellekaya wines, Ntsiki Biyela continued her journey of inspiration by starting her own brand. This followed the collaboration she has been doing with a Californian winemaker which was a brain child of Mika Bulmash from Wine for the World. Ntsiki has consulted in France, making wine under Winemakers Collection in Bordeaux.

She grew up in Mahlabathini, a rural village in Kwazulu Natal, and matriculated from high school in 1996. Having spent a year as a domestic worker, she was awarded a scholarship to study winemaking in 1999. She graduated in 2003 with a BSc in Agriculture (Viticulture and Oenology) at Stellenbosch University and joined Stellekaya the following year. Ntsiki was crowned Woman Winemaker of the Year in 2009 and has been the finalist for two consecutive years for The Most Influential Women in Business and Government.

She has received extensive media coverage throughout the world over the course of her career, including features on CNN, the front page of the New York Times, CNBC, SABC, Good Morning America, and more. Finally, she sits on the board of directors for the Pinotage Youth Development Academy, which provides technical training and personal development for young South Africans in the Cape Winelands, preparing them for work in the wine industry. The program offers them the unique opportunity to emulate her own considerable success. 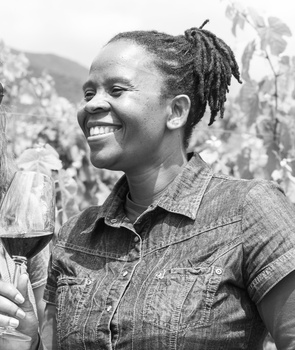 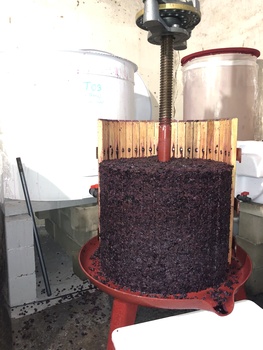 Recruited from Chile to launch Chandon’s Brazilian operation, Mario Geisse (of Chile’s acclaimed Casa Silva) brought his family to Pinto Bandeira, Brazil 40 years ago. Realizing that the land could yield better wines than what was achieved through mass production methods, he left Chandon to focus on ultra-high quality wines made with traditional Champagne-style method. His diligent focus on understanding terroir through many micro-terroir experiments, extraordinary quality control, skill, and standards of excellence turned him into the pioneer for the Brazilian wine industry. Global critics noticed. Jancis Robinson included Cave Geisse wines as one of 15 representing the future of the wine world. In 2014, Wine Enthusiast named the Geisse Winery as one of four Wineries of the Year (New World). Now, the demand for Geisse’s wines exceed three times the level of production.

In addition, the Geisse Winery is committed to the health of the environment, its employees, and customers, and is practicing organic. Using zero pesticides, the winery has adopted a Chilean technology called the Thermal Pest Control (TPC) system, which negates the need for pesticides. This technique protects and stimulates the self-defense mechanism of the vine, resulting in even higher quality wines - while keeping chemicals out their fine products. Geisse Winery further has generous labor policies and offers standalone family homes on the vineyard to its employees.

We are pleased to now include these iconic wines, and pioneering winery, to our portfolio.

The Brintziki Estate is a producer of indigenous, rare varietals and is considered to be Greece’s first green winery. Located in the Ilian region of the Peloponnese near the sacred town of Ancient Olympia, the family-owned property is certified organic and completely carbon-neutral through the use of renewable solar and geothermal energy. They grow indigenous varietals – some, like the Tinaktorogos, old enough to be referenced by Homer – and use natural yeast for most of their wines. Philosophically, the Brintzikis believe that organic certification is the modern expression of what their ancestors did for thousands of years – to farm simply, and treat the land and people with enduring respect. Their 15 hectare, clay-soil property sits 300 m above sea level near the river Enipeas.

The Brintziki family has been growing vines on the property since 1932. The winemaker, Dionysios “Sakis” Brintziki, was raised on the estate. He and his wife, Dioynsia, originally both professional musicians, took over the family winemaking business in 1994. Together with the celebrated oenologist Dr. George Kotscrides, who has worked for highly awarded estates of Chateau Magdaleine, Chateau Petrus, and Chateau Calon-Segur, the family showcases wines that are beautiful, authentic demonstrations of the diversity that Greece has to offer.

The Brintzikis also play an important role in their community by providing a local gathering place for the Arts. The amphitheater on their property is offered to the community to host plays, concerts, and other shows. 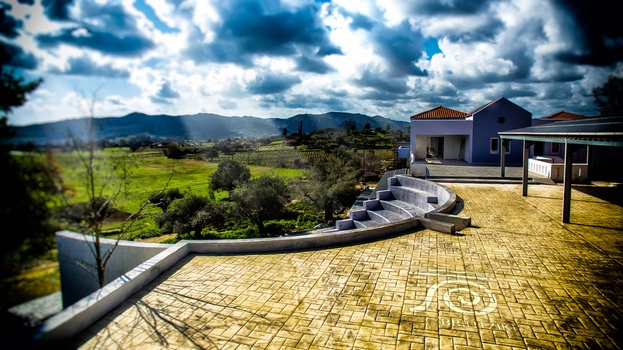 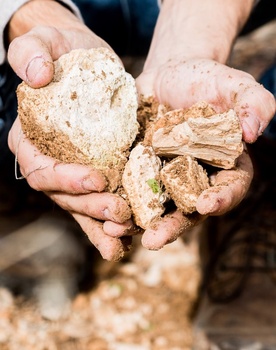